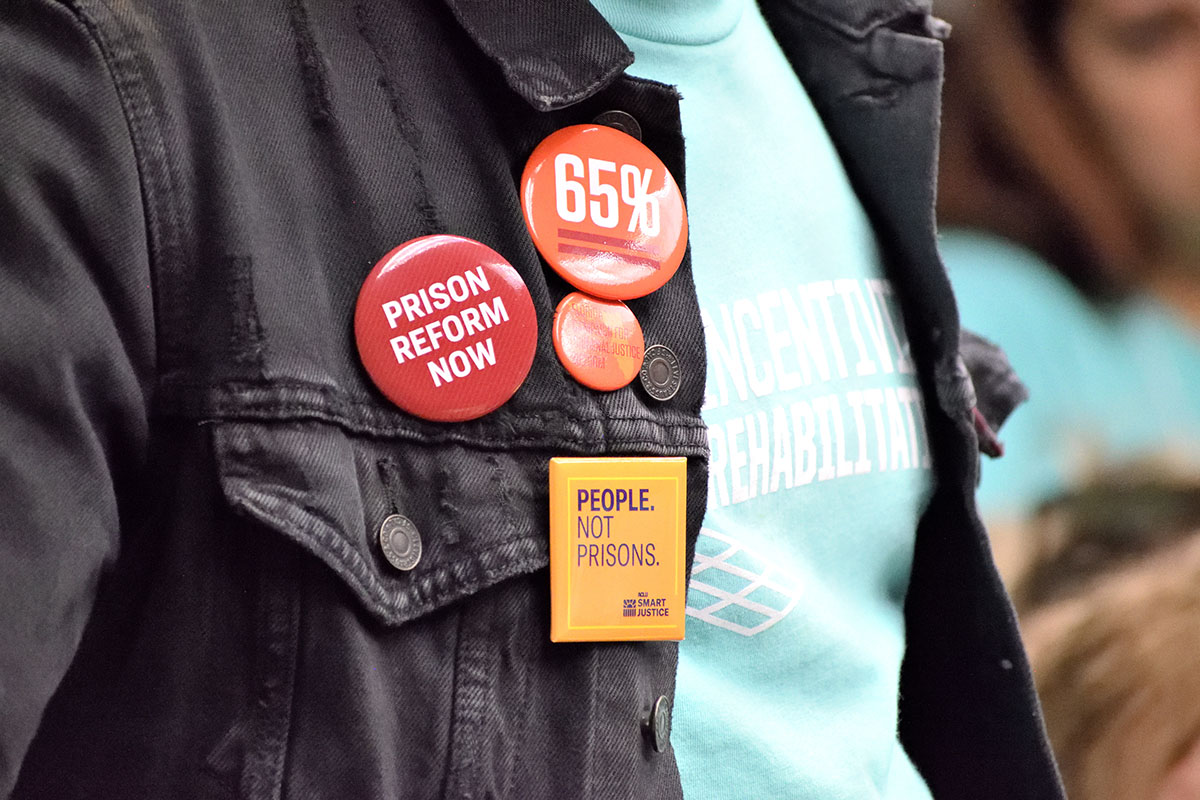 is what Florida could save over 5 years if it expanded gain time opportunities and reformed the 85% requirement.
FactSheet
Policy brief

For decades, Florida has relied on incarceration as the solution to mental health issues, poverty, and addiction, resulting in a draconian system that warehouses tens of thousands of people in prison, at enormous taxpayer expense. This broken system costs Floridians approximately $2.7 billion per year, and does next to nothing to rehabilitate those in prison and ensure that once released they will be able to live independently and successfully in their communities.

Florida’s criminal justice system is structured to punish individuals rather than to rehabilitate them. This is costly and ineffective, and does not increase public safety. The vast majority of individuals — other than those serving life sentences or condemned to death — will eventually return to our communities to work, attend school, raise children, and provide for their families.

When our system prioritizes punishment over rehabilitation, we all lose. Florida’s penal system is one of the nation’s harshest because Florida abolished parole in 1983, and since the late 1990s has placed a strict cap on the amount of rehabilitation credits — time an individual can earn while incarcerated to reduce their sentence — people can earn and use. Instead, Florida requires that all persons in prison — regardless of the nature of their offense or the extent to which they’ve been rehabilitated — may only earn and use rehabilitation credits that would reduce the time they serve on their sentences by 15%. This arbitrary cap on rehabilitation credits has caused Florida’s prison population to skyrocket even as crime rates have plummeted. Florida incarcerates nearly 96,000 people and spends $2.7 billion annually to do so — wasting millions of taxpayer dollars warehousing individuals who do not need to be behind bars. Florida can safely reduce its prison population, save taxpayer money, and make our communities safer by reforming the cap on rehabilitation credits.

In every state, people in prison can reduce the time they serve by accruing rehabilitation credits or “gain time.” Working diligently, following prison rules, successfully completing educational programs, such as earning a high school equivalency diploma or vocational certificate, and performing some outstanding deed, such as saving a life, can earn people in prison gain time that will ultimately shorten the time they are held in prison. The problem is that Florida, unlike every other state, has a strict 15% cap on the amount of rehabilitation credits or "gain time" that individuals can earn to reduce their sentence.

• Disincentivizing good behavior and rehabilitation leads to fewer people gaining the skills necessary to be successful once they’ve returned to their communities, which results in increased recidivism.

The 15 percent cap on rehabilitation credits is antiquated and arbitrary.

• Florida’s rehabilitation cap was enacted during the 1990s and is based on outdated social science that has since been rejected by criminal justice experts. We now know that fair sentencing is more effective at reducing recidivism than excessive sentencing, and that the longer one is incarcerated and separated from their communities the harder it is to successfully reintegrate in society. Additionally, Florida’s rehabilitation cap is even more extreme than others which reserved the 85 percent requirement for only the most serious crimes. Florida's cap applies to every felony, regardless of circumstance, including drug possession, property crimes, and crimes in which no one was seriously injured.

• The cap causes people to stay in prison longer than needed by ignoring individual rehabilitation and self-improvement. Research shows that longer prison terms, at best, do not prevent recidivism and, at worst, increase the chances of reoffending.

• Maintaining the rehabilitation cap costs Florida hundreds of millions of tax dollars that could be reinvested in pre- and post-arrest diversion programs, alternatives to incarceration, mental health and substance abuse programs, educational attainment, occupational training, rehabilitation efforts, reentry programs to help people returning to their communities succeed, and efforts to eliminate racial disparities that plague our criminal justice system and undermine its legitimacy.

• Even modest reform of the rehabilitation cap would save $870 million over a five-year period that could be reinvested in rehabilitative programs, education, and mental health and substance abuse treatments.

In addition, because we know that there are racial disparities in the arrest, prosecution, and sentencing of drug-related crimes, those serving time for those offenses should be able to earn an extra two days of good behavior credit. Moreover, two additional days of rehabilitation credit should be made available for people who successfully complete the prison programs provided by the Florida Department of Corrections.