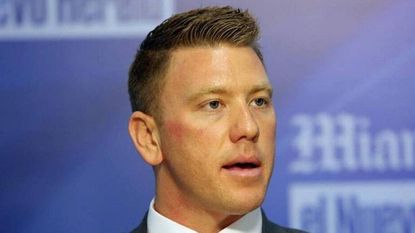 It really takes only one illness, one traffic ticket or one red traffic light ticket to push many people over that edge and they can’t afford to pay.

Every year, hundreds of thousands of Floridians have their driver’s licenses suspended for nondriving offenses or their inability to pay fines and fees. Many of these are working people and by suspending their licenses we make it very difficult, if not impossible, for them to remain in the workforce.

In 2017, the last year for which we have complete numbers, the Florida Department of Motor Vehicles and Highway Safety recorded 991,000 suspended licenses for failure to pay traffic fines and fees. Another 275,000 were for failure to make payments ordered by the courts, not for driving infractions.

I am the owner of Florida Bottling Co. of Miami where I bottle juice under the brand name Lakewood Organic. I employ 65 people at my plant. The area of Miami where my operation is located — Allapattah — is quickly gentrifying. I pay my workers above scale, but they still can’t afford the $2,000-$3,000 monthly rents increasingly demanded locally.

Many of my workers commute 45 minutes, an hour, or even more to get to work. Because Florida, including South Florida, does not have ample public transportation, they drive their vehicles. If you take their driver’s license away from them, they can be quickly out of a job.

Of the persons who had their licenses suspended for non-driving offenses in 2017, over 104,000 were for failure to pay court costs resulting from varied problems with the law. Florida, more than any other state, uses court costs to fund its judicial system.

People convicted of misdemeanors or criminal traffic violations — mostly dangerous or unlicensed driving — are assessed a basic $60 court fee in addition to fines for the violation; those guilty of felonies owe an extra $225. On top of that, they can be obligated to help pay the cost of their own prosecution — at least $100 for felonies. If they use a public defender, they are charged an application fee for that too — even though the right to an attorney is mandated by the Sixth Amendment of the U.S. Constitution.

People found guilty of substance abuse violations may be asked to pay surcharges to fund state drug treatment programs. By statute, those convicted of assault or battery can be assessed extra to help fund domestic abuse and rape crisis programs, even if their crimes had nothing to do with those ills. People on probation are made to pay for the work of their probation officers. All together these charges often run hundreds of dollars on top of any fines owed.

As a source of revenue, you can see the incentive for officials to continue to do this. But the costs fall most heavily on the poor and that scheme is beneath the dignity of our democratic system.

Does taking away their driver’s licenses make it more likely they will pay? No, it doesn’t. According to Florida Department of Highway Safety and Motor Vehicles figures, of the total number of people who had their licenses suspended in 2017 for failure to pay court costs, fewer than 20 percent paid the money owed and got their licenses back within that calendar year. The state doesn’t get the money and the individual is left unlicensed and with fewer employment possibilities because employers often ask for a valid license. A lose/lose situation.

Did the others stop driving? No, in many cases they didn’t because they need to get to work, take their kids to school and get to doctor’s appointments. And if they get caught driving without a license, their fines and costs grow. A vicious cycle.

Far too many people in this country live paycheck to paycheck. The government shutdown a few months ago showed just how close to the edge many people live. It really takes only one illness, one traffic ticket or one red traffic light ticket to push many people over that edge and they can’t afford to pay.

People in the upper middle class may say, “Oh, it’s only $600 or $200. Who can’t afford that?” But many people can’t, when they already have to pay rent, car payments, health insurance, send their kids to school, child care, and so on.

Suspending driver’s licenses hinders what we are trying to do — getting people to be contributing members of society. You are not just hurting them; you are hurting the employer and the economy. Unemployment is under 4 percent. Employers need workers and workers need licenses.

To the Florida Legislature: Please find ways to enforce the law by not by injuring our workforce and suspending driver’s licenses for nondriving offenses or for those who cannot pay fines and fees. We can’t afford that.